It’s better to light a candle, than to curse the dark.

This is a saying I came across this last week. I was so struck by it that I made a drawing based upon it, which is posted below. It’s a saying that is certainly poignant in an age that is so very fond of complaining about everything that we see wrong in the world. Yet those same people seem so unwilling to do the tiniest thing to actually counter that wrong. Since actually lighting that proverbial candle involves getting involved. Where cursing the dark only involves criticizing people into doing the things we have no desire to do. All because we want the results without engaged effort.

What we as believers need to remember is what Jesus said about that.

“You are the light of the world. A town built on a hill cannot be hidden. Neither do people light a lamp and put it under a bowl. Instead they put it on its stand, and it gives light to everyone in the house. In the same way, let your light shine before others, that they may see your good deeds and glorify your Father in heaven.” - Matthew 5:14-16

Being the light is an active thing, not a passive thing, or a passive aggressive thing. Yet if we choose to condemn, and judge with impatience unkindness, rudeness, hatred, and anger we are being very passive aggressive. Which only adds to the dark since such unloving behavior violates the very truth that Jesus came to testify to. (John 13:35 & 18:37) In this age of many empty and fruitless words, perhaps its time for believers to say less and inspire more with actions and truth. (1 John 3:18) It is time for us to be the light that Jesus called us to be, rather than mere cursers of darkness as the Pharisees had been. 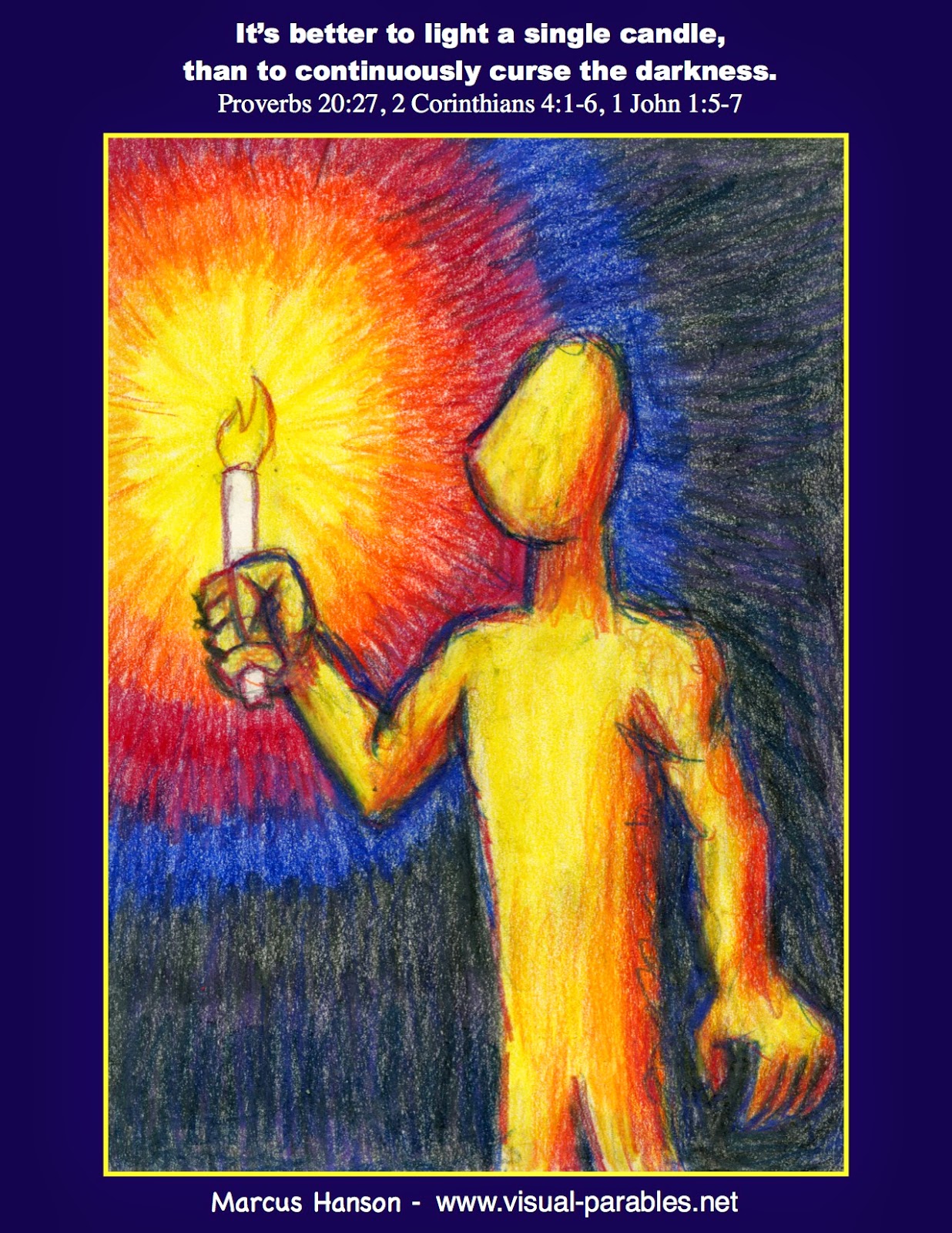 Posted by The Visual PARABLEist at 5:13 AM No comments: